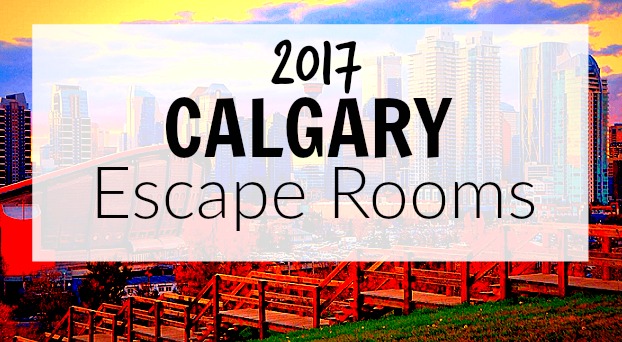 The escape room scene industry flourished in Calgary in 2016. 2017 is shaping up to be another great year! We’ve compiled all relevant posts, photos, and other information. Let’s take a peek at what’s in store for this year:
CONFINED (C3 – EFTT)

Confined was one of the many companies that debuted in 2016. With two highly strong rooms already available, it’s set to open with a third one. So far the only public information released was this tidbit through their Facebook page on January 20:

What was the “historic day” that they’re referring to? A simple Google search would reveal the inauguration of the new POTUS. That doesn’t make sense though, right? How do politics relate to escape rooms?

While we cannot reveal the title, all we can say is it’s going to be absolutely yuge. Yuuuge. The biggest room in all of universe. No one’s seen anything like it. The absolute best.

But wait! There’s more! Confined has a 4th room set to open. The only thing we know is that construction has been going on since fall last year.

The staff at Confined make every single thing from scratch. Their first two rooms had some of the finest production designs we’ve ever seen thanks to the meticulously detailed props. This one gets the same treatment.  We can only assume how painstaking that process is. If their first two rooms are any indication though, it’s going to be worth it.

Considering the wait time, the scientists at Confined must be assembling something good. This monster of a room is set to open in spring.

You can find our reviews of current Confined rooms here.

Yes, you heard that right. When it’s open, this will be The Locked Room’s 13th room. If you have been following The Locked Room on social media, they recently did a reveal of what this new room will be. This includes: 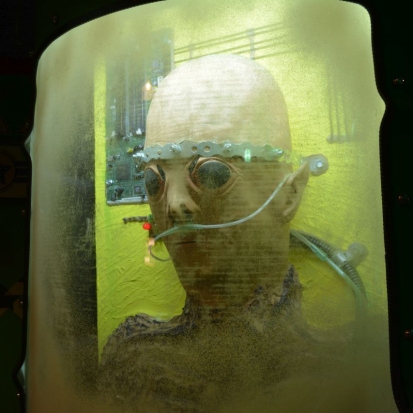 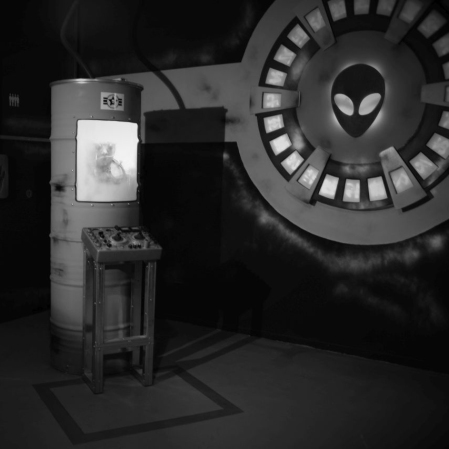 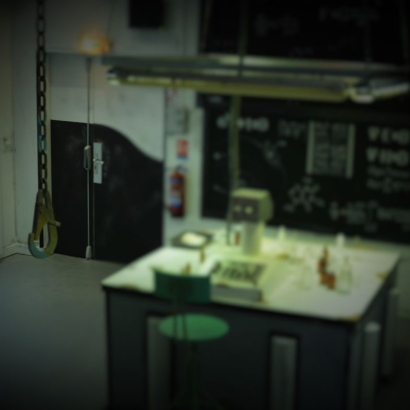 This is being dubbed as “The Next Generation Locked Room”. The theme is fresh and the props look top-notch. They’re also opening an entire new location to host this. They were the first escape room company to open in Calgary so it’s only natural that they lead the charge.

This exciting new room is set to be unveiled in the spring.

You can find our reviews of current The Locked Room rooms here.

We don’t really know much. Back in October, Level 1 Escape’s Facebook page posted this update: 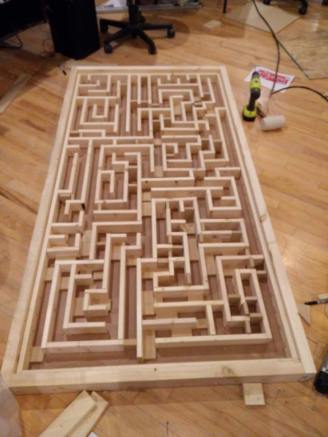 Level 1 Escape informed us that this was just a placeholder image.

What we do know is the first of their two new rooms is already finished. It’s a theme that’s known to many escape room enthusiasts but with a twist.

UPDATE: As of February 5, they announced that their new room will be:

They also added: “Bookings will be available very soon, so stay tuned!”

The second room has a horror theme. Construction hasn’t started yet. It also features a new gameplay element.

You can find our reviews of current Level 1 Escape rooms here.

If you’ve stomped the grounds of Kensington lately, you’ve noticed the brand new facility Trapped. And if you’re like us, you immediately perked up because you know by the name alone that it’s a brand new escape room.

Calgary is not Trapped’s first rodeo. So far they have locations in Toronto, Montreal, Halifax, Victoria, and Coquitlam. They also have a location set to open in Fort McMurray.

Their current themes include: 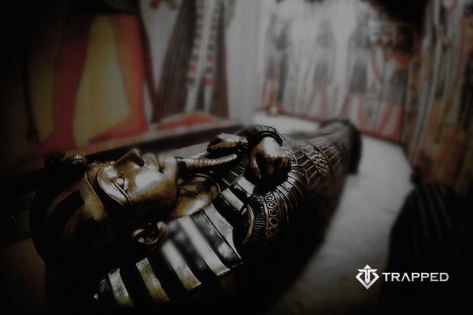 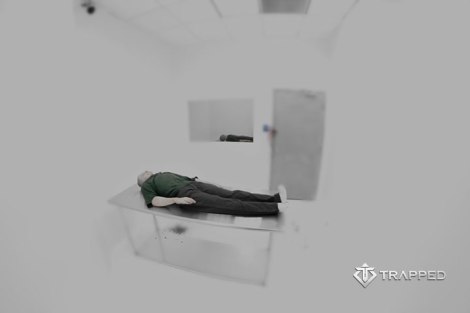 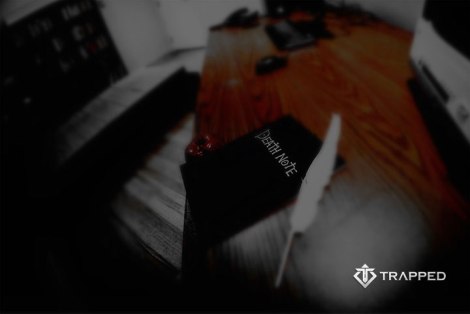 While most of the themes aren’t anything new, the company’s description on their website excites us:

These are all things that we usually look for in a great escape room. If their promise holds, then we are in for a treat.

No tentative opening date yet.

SmartyPantz is a Vancouver-based company. They also have a location in Edmonton. 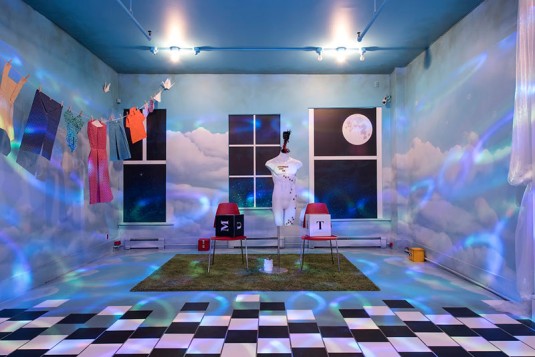 They are proud of their movie-set-quality-themed rooms. (From what we’ve seen of their Edmonton locations, we agree for the most part.) If their business model continues the same pattern, we might see the same rooms in Calgary.

What sets them apart is the inclusion of an actor to introduce your story or be with you during your game. The owners were on S10E12 of CBC’s Dragon’s Den where they pitched the expansion of SmartyPantz as a franchise business. 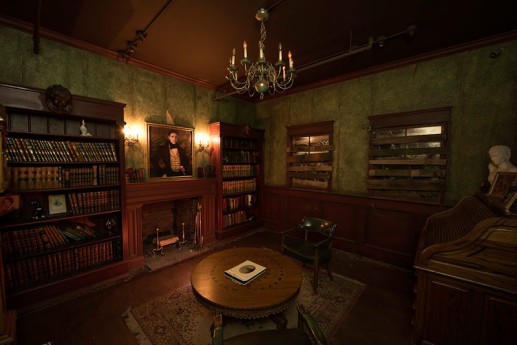 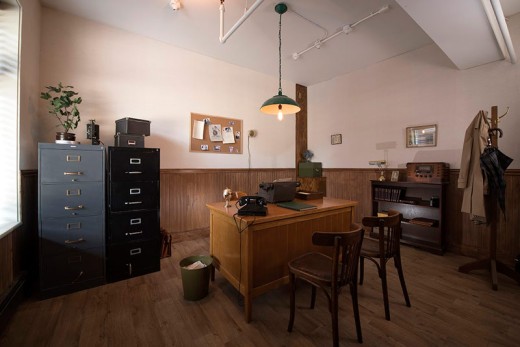 They didn’t get financial backing from the dragons which might explain the long wait to move to Calgary.

No tentative opening date yet.

You can find our reviews of current SmartyPantz Edmonton rooms here.

Amaze originated in Montreal. They have another location in Pointe-Claire. A third branch is opening on 11 Ave southeast of the city.

The themes they have in their current locations include:

They’re all themes we’ve seen many times before. For their Calgary website however, they have the following pictures tagged as “Coming Soon”:

We’re not certain if these are merely placeholders or actual clues as to what the rooms are going to be.

There is no set opening date yet but they already have their actual address posted. It’s safe to assume that booking will start soon.

Eureka is located in Banff. Although not technically Calgary, we figured Calgarians make trips to Banff often enough that this belongs here.

Eureka opened in the second half of 2016 with two very strong rooms. Both of them are solid, especially Warden’s Cabin (review to be released soon).

Predator vs Prey is their third offering. So far we know:

As far as we know, Eureka has had this concept up since they’ve opened. Warden’s Cabin only recently opened in late fall/early winter. They are probably just staggering the release of their rooms.

It’s interesting to note that this is another PVP room. Escape rooms started out as cooperative, but as more companies deviate from the norm, we’re seeing more and more competitive game structure. We’re definitely excited to see Eureka’s take on it.

There is no tentative release date yet.

You can find our reviews of current Eureka rooms here.

Arcadia Adventures currently has A Golden Acquisition and Survival at Z-Hour (review coming soon). Construction has been ongoing. Their website reports:

The theme and format are still under wraps. What we do know is that it’s set to open in February 2017.

You can join their mailing list to get firsthand information about when beta testing are available to the public.

You can find our reviews of current Arcadia Adventures rooms here.

Escape Capers is Calgary’s first and only hosted escape room. What that means is someone is in the room with you to guide you to the right direction. We promise it’s not as awkward as it sounds.

So far they only have three rooms. No information is available to the public about their 4th room.

The owner, Eric, did tease that:

“It will be our first room of Season 2… what that means exactly will have to remain a mystery for now, but there will be at least one new innovation.”

You can find our reviews of current Escape Capers rooms here.

This is another room we don’t know much about. All we know is it’s coming later in the year. We also believe that it might possibly replace The Chamber. This is based on our conversation with the staff.

You can find our reviews of current Breakout rooms here.

That’s all we’ve got for now! Stay on the lookout though – there may be more rooms and companies popping up as 2017 plods along. 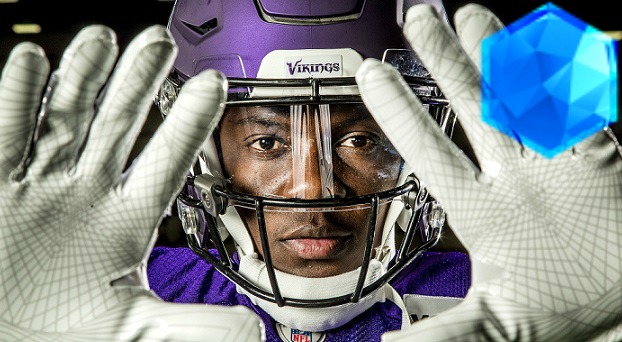 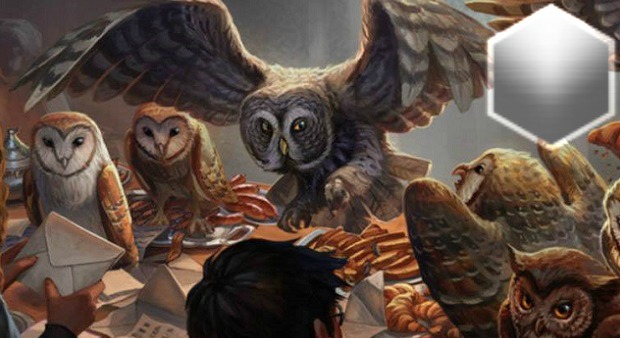